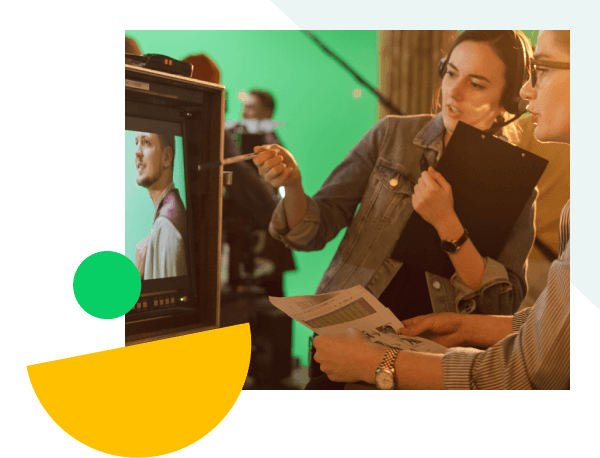 Sony Pictures Television is one of the television industry’s leading content providers, producing, distributing, and carrying programming worldwide in every genre and for every platform. In addition to managing one of the industry’s largest libraries of award-winning feature films, television shows, and formats, the company is home to a thriving global content business, operating a robust portfolio of wholly-owned and joint-venture production companies across the United States, Europe, Latin America, and Asia Pacific, as well as linear and digital channels around the world. A Sony Pictures Entertainment company, Sony Pictures Television produces many popular and award-winning shows, including “The Blacklist,” “Wheel of Fortune,” “The Crown,” and “Jeopardy!”

Sony Pictures Television has many creative teams in the United States and around the world, and those teams needed an easier way to manage creative projects and deliver assets. “I was initially hired as a technology consultant to run a software selection project for these global creative teams,” recalls Nicki Batelli, Vice President of Operations & Production for the Creative Center at Sony Pictures Television. “We analyzed 25 different tools and gathered the requirements of all our teams around the world to see what they were looking for.”

Since so many teams worked differently from one another, it was difficult to find a tool flexible enough to let individuals work how they wanted to and powerful enough to give upper management the visibility and reporting they needed to prove the impact of the Creative Centers on Sony’s overall business.

“Wrike is an incredibly intuitive tool that allows easy recording, reporting, and project management — while not being too scary for creatives to use.”
Cheryl Venable, Senior Manager of Operations, Creative Center at Sony Pictures Television

After nearly a year of searching, Sony Creative Center selected Wrike as their collaborative work management platform and rolled it out to their creative teams. Deployment began in the United States for the Los Angeles and Miami teams as well as in Latin America for the Bogota, Colombia team. Later on, Wrike was introduced to Europe in London, England and Budapest, Hungary.

“I’ve never seen a tool as easy to use, as easy to onboard new users, as easy to scale, and as easy to customize to your own workflow, process, team, clientele, and changing environment,” says Cheryl Venable, Senior Manager of Operations for the Creative Center at Sony Pictures Television. “So much of Wrike’s flexible structure allows us to apply our own flavor to it. Many other enterprise-level tools only succeed for six months and then blow up, but we get so much more out of Wrike.”

As Sony Creative Center continued to scale and bring on more creative teams across dispersed locations, Batelli and Venable realized they could get even more out of Wrike by onboarding the new team members to the platform. “[Venable] built this very scalable onboarding process,” boasts Batelli. “We’ve been very successful in expanding the type of work that we’re doing and assets we’re creating because of the operational process she developed.”

“The different views are super helpful. We use the Gantt chart to understand all of our overlapping projects and timelines. It’s really valuable to understand the full scope of work happening against a calendar view.”
Nicki Batelli, Vice President of Operations & Production, Creative Center at Sony Pictures Television

With Wrike, the Creative Centers have found a unique balance of operational efficiency and individual creativity that works at scale. “I feel Wrike is the background tool,” explains Batelli. “It’s the skeleton to the production madness that keeps everyone organized and accountable for what they’re assigned to. It also takes a lot of the guesswork out of what needs to be done, who is talking to whom, and how that communication flow is expected to work — all the protocols set by our Wrike workflow allow our creatives to actually spend their time being creative.”

From concept to completion, Wrike helps streamline the teams’ creative operations from anywhere. “It’s really great to have the proofing tool for client reviews and approval sessions,” says Batelli. “It really cuts down on email. One of the really great features is that the comments in the proofing session flow into the project comments, which is amazing.” And now that the team is remote and dispersed due to COVID-19, they use Wrike's proofing features to consolidate internal feedback on creative assets as well.

Proving creatives’ impact on the business

The Sony Creative Centers also leverage Wrike’s reporting features to keep clients informed and ensure the quality of deliverables. “We are constantly analyzing how much work we’re doing for our clients,” says Batelli, “so we do a monthly report for billing purposes. Wrike’s reporting allows us to communicate our value to the business.” Wrike’s robust, yet intuitive and easy-to-use reporting module provides Batelli’s team with real-time insights into the value of the work they provide to internal stakeholders as well. Project metadata is key when working with multiple studio partners and across hundreds of assets.

When the COVID-19 pandemic began shutting down offices around the world, Sony Creative Center realized just how crucial it was to have a digital workspace where creative teams could continue working and collaborating remotely. “Combining creative teams into a single space where we can share projects and assets gave us great visibility,” notes Batelli. “Now, we can pull together all data from the creative centers around the world to capture metrics, projects, clients, and progress. Having that global view is super valuable. We can see how other teams work together and discover some new efficiencies in Wrike.”

The tool also fostered a better connection among Sony Creative Center’s creatives as the pandemic continued. “Wrike helps us bring those teams together,” says Batelli.

With Wrike’s collaborative work management system in place, the Creative Centers at Sony Pictures Television delivered 2,000 projects during the first six months of the pandemic — meaning all projects were completed as originally planned despite the transition to remote work.

“I think the reason we’ve been so successful is because we’ve been able to easily scale and adapt to these new challenges and new clients without a proportional increase in resources to do that,” says Batelli. “It’s really been valuable for the company to have an in-house team that can take on this additional work using the internal processes we’ve built and the flexibility of Wrike.”

“Wrike has been really helpful in strengthening our relationships with other teams that we don’t necessarily work with,” concludes Batelli. “Now, internal groups come to us and ask, ‘What do you use for project management? Can we use it? Do you have more licenses?’ We’re very happy to show them how we use Wrike, and we’ve had a lot of people start using it because of our team’s success.”