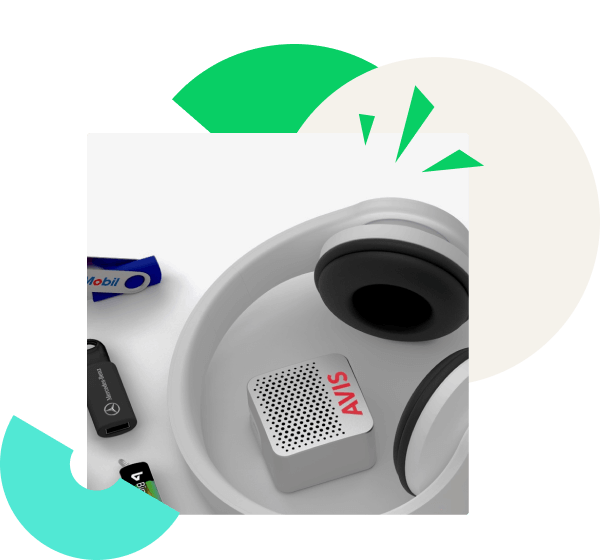 Headquarters
London, UK
Industry
Technology
# of Employees
475
# of Users
125
Departments Using Wrike
Company-wide, IT
Top Challenges
Flashbay chose Wrike because of its flexibility. The team implemented it straight away.
Flashbay — Founded in 2003 and specializes in on-demand manufacturing of custom-branded promotional technology products. The company has offices in the UK, Australia, California, China, and the Philippines.

A lack of visibility slowed down reporting and reliance on email meant information was siloed.

Flashbay has established itself as the go-to provider of branded promotional electronics. The company produces items for Linkedin, Adobe, and Disney, among others. It prides itself on catering to both small businesses and large organizations and on its ability to continuously develop products that exist at the cutting-edge of promotional technology.

Before adopting Wrike, the Flashbay team felt that they were operating efficiently but that they lacked visibility into work. “It was completely ad hoc. People were using calendars or notes or spreadsheets. But it wasn't anything centralised or visible,” says Richard Lam, Senior Account Manager. This meant that reporting to executives took time and didn’t always provide the desired visibility. They needed a solution.

Despite this, team members were concerned about maintaining agility and were conscious that adopting a new process might slow everything down. “We are a very fast-moving business with little red tape but similarly had no established process for Project Management and Reporting; we needed a tool that could keep up and support the demands of the business,” explains Natalie Murray, Executive Assistant to the CEO. Crucially, the team needed to develop processes that worked so they could benefit from visibility as project volume increased.

Here’s how things worked before Flashbay adopted Wrike: Communication happened via multiple platforms and as a result, information was siloed. “Finding emails takes time and it was difficult to really organize the folder structure of emails for each task and project,” recalls Tony Hu, IT Manager. Email-based communication also made it difficult for team members to understand what items to prioritize and they were often unsure of what items to tackle first. On top of this, executives found it difficult to get a bird’s eye view of in-progress projects.

Better awareness of work on a global scale ensures the team can keep up with its growth trajectory.

Flashbay chose Wrike because of its flexibility. The team implemented it straight away. “Dynamic and lean companies like ours can really benefit from cloud software like Wrike, because we can opt-in quickly and make the most of the services almost immediately,” Murray says.

The company quickly rolled out Wrike to core teams before extending it to teams that would likely use it less frequently. “Everybody got up to speed pretty quickly because the interface is quite easy to use,” says Lam. Flashbay also set a date on which its legacy systems would be decommissioned. This clear deadline helped ensure that all projects would have to move into Wrike.

A flexible solution easily adapted to the organization’s structure

Flashbay organizes teams by business function: each department is responsible for different projects and tasks — some global, some local. The company has clear lines of reporting. Wrike fits easily into this structure. “Folders are organized to reflect our organization model, which is clean, organized, and transparent. A perfect fit,” Murray adds.

Wrike acts as a central repository for all of the tasks the teams are working on. “Previously, it was an undefined workload, and no one knew how busy the next person was,” Lam explains. “Everyone just knew that they were busy, but it was hard to allocate work based on who is the least busy.” This ability to prioritize tasks means team members can tackle their work in a more strategic way.

Wrike allows team members to be more aware of their responsibilities and has led to a company-wide boost to both clarity and accountability. “We selected Wrike because we wanted a platform that allowed people to take control and responsibility over their tasks, but also allowed for maximum visibility from management to help steer the business with a clear vision,” adds Murray.

Project management and reporting in one location

All project plans and ad-hoc tasks are visible in Wrike. Team members can see requests, provide feedback, and update others about specific tasks as work progresses. In addition, automated reporting tools have eliminated the need for manual work, and mean team members can easily update management on both their priorities and resourcing needs. Flashbay executives also find that having clear views of each department allows them to make more informed strategic decisions.

Team members get immediate alerts sent to their inbox if a comment on a task or project requires their attention. “It’s an easy way to give access to information and brief people on tasks,” says Murray.

"Flashbay teams spend far less time sifting through emails and it’s all down to Wrike task trails and statuses," Hu says. This has both reduced the number of emails processed and the amount of time spent finding information.

Wrike ensures that project information no longer sits siloed in inboxes. “It’s now far easier to find out what projects are running in parallel, and easier to get an update from another work stream across the world,” Murray says.