How City of Reno Uses Wrike for Project Management | Wrike 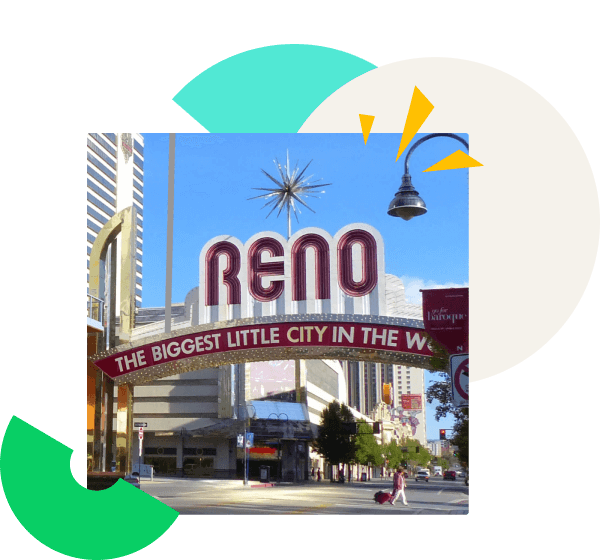 City of Reno — Reno is a city in the U.S. state of Nevada, near the Sierra Nevada Mountains and Lake Tahoe.

City of Reno was looking for a way to keep up with the progressive changes in the community and emerging tech companies.

The city known as "The Biggest Little City in the World", is now finding itself booming with innovation and technology. Old architectural structures are now being repurposed into restaurants, event spaces, and small businesses. Recently, the city attracted companies such as Tesla, Apple, Switch, and several other tech companies (both large and small) to set up offices there. The City of Reno team works hard to keep pace with the changes, and work to build a city vision that inspires creativity and entrepreneurship.

One of the struggles in building that vision is coordinating with all the different departments involved. Ryan High, Strategic Initiatives Manager, is responsible for building and executing that vision by planning cross-departmental initiatives. "The image of Reno in 2016 is changing drastically," says High. "Reno has traditionally been known as the divorce capital of the world and as a gambling town. But with a lot of big tech giants finding their way here, the perception and image of Reno is switching to more of a technology sector.

In order to keep up with the changes, the City knew they had to invest in software that would help grow efficiency and transparency across the departments. From Council meetings to public announcements, everything needed to be tracked, checked, archived, and measured for performance evaluations. "In the Office of Communications and Community Engagement, we have a large role in collaborating with all the departments across the City," says Calli Wilsey, Community Liaison. "When we go out and work on a project, it's about collaborating with the Fire Department, Public Works, and everyone involved with the City. There are so many moving parts that we have to make sure everybody is on the same page, and technology can help us do that."

"To me, 'The Biggest Little City' means having a small hometown spirit where everybody really cares about each other, but offering big city services and fun. Wrike helps us accomplish that vision."
Calli Wilsey, Community Liasion

Wrike's intuitive features allow City of Reno to easily collaborate cross-departmentally, so forward-thinking initiatives can be seen through to completion.

They turned to Wrike to manage all projects and initiatives within City of Reno, from tracking tasks and organizing inbound requests, to getting full transparency on all projects so nothing falls through the cracks.

Wrike allows the Reno team to easily coordinate and plan with all departments within the City. "Here at the City of Reno, different departments use siloed software for their specific needs," says High, "but we find that Wrike cuts across all those departments, and it's the one software that everybody can use to manage projects, initiatives, and tasks."

One of the projects that was accomplished with Wrike is the State of the City event, an annual address that provides an update on the City: what they've accomplished and what they're planning for the future. "There are so many tasks that are involved in the production of this night," says Wilsey, "from writing speeches, to sending out invitations, to logistics, lights, and speakers." The team even uses the tool to write the speeches and request feedback. "What's really great about that is people are able to provide comments on the speech itself. It really promotes this collaborative environment where everyone has a voice," says Wilsey.

The ability to finally see who is responsible for certain tasks regardless of department has helped the Reno team stay connected and efficient through this period of growth and development. "Tracking projects in Wrike is super important, not only to ensure that we have a strong collaborative relationship and that everything is completed on time, but it also holds us accountable on finishing projects together as an organization."

The Reno team heavily uses file sharing to rapidly share documents across the organization. The easy file attachment and versioning tool allows them to view the latest, up-to-date files. "The ability to assign multiple people to a project and collaborate on documents directly in the tasks has greatly improved our process," says Wilsey.

Transparency has really improved through detailed reporting. When the City Council wants an update on a big project they requested, the team can just pull the report directly from Wrike and send it to the Council. The reporting feature eliminates the need for countless status meetings and conference calls to collaborate on big projects.

The Reno team organizes their strategic plan in Wrike using custom fields. By adding their strategic priorities in the tool, it makes it easy for users to go in and assign their task to a strategic priority. "Now as we're doing all of our hundreds of projects in Wrike, we're tying it to a priority so we know we're staying on track," says High.