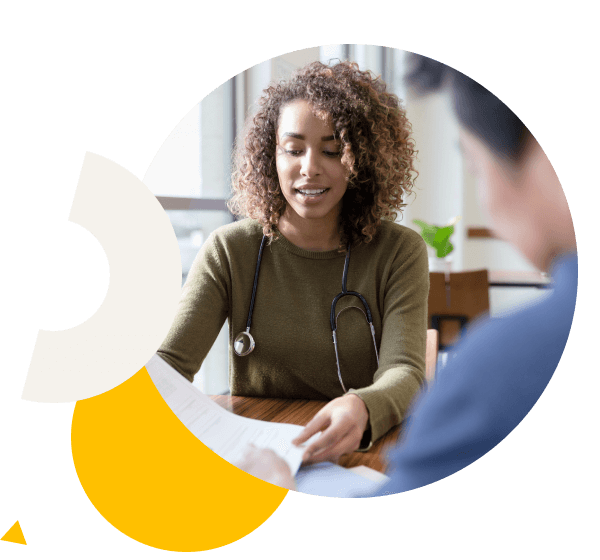 Gheen & Co, CPA is a fast-growing certified public accounting firm based in Denver, Colorado. Since 2010, they have designed accounting solutions for medical professionals and high-net-worth business owners and coached them to adopt money-saving tax strategies.

The Gheen & Co, CPA team provides year-round accounting and coaching solutions for businesses earning $500,000 to $10 million in gross revenue. From bookkeeping and profit coaching to tax planning and payments, the two accounting teams within Gheen & Co, CPA take on a high volume of tasks every day.

Chief Operating Officer, Mark Tuggle, PhD, knew the team needed to onboard a system that would expedite everyday deliverables and increase workplace productivity. That system also needed to work with external clients, be compatible with operating systems already in place, effectively separate and protect private financial information, and allocate work during tax season. In 2018, the team turned to Wrike.

“We’re not like a tax-return shop. We’ve got hundreds of things to do outside of tax season. That’s why it was really critical for us to find a tool that can help us on the task management front,” says Tuggle.

With Wrike, we can really manage our internal processes and complete our deliverables to our clients as efficiently and effectively as possible.
Mark Tuggle, PhD, Chief Operating Officer

Gheen & Co, CPA offers varying services and service levels, each with a different payment amount. Solutions must be logged for an extended period of time, leaving a lot for a growing team to keep track of.

The firm needed a tool to help them create, structure, and track these unique plans for their different services. They found their solution in Wrike Blueprints. They use a blueprint as an annual gameplan for the two accounting teams to outline what’s expected and organize to-dos for each unique project. That way, when Gheen & Co, CPA onboards a new client, they can use the blueprint’s structure to log the client’s deliverables and immediately assign tasks to the accountants. Since deliverables are assigned and completed as blueprinted tasks in Wrike, external clients are not in the system as collaborators and the team can focus on internal success.

“The ease with which the accounting team can simply add in those one-os allows for them to quickly add tasks themselves to that client’s designated folder," Tuggle says.

Noting their success with Blueprints, the team found a way to further use these custom forms in their sales process through a system the company’s been using for years: Microsoft.

Using what they liked about Blueprints and taking advantage of the Wrike Spaces API, Financial Analyst and Business Consultant, Cory LaPlante integrated Microsoft Power Automate into Wrike and created an automated assignment process for the team. Their process relies heavily on completing a Microsoft form so the integration with Automate just made sense.

When a new client comes on board and a team member fills out a Microsoft form with the client’s deliverables, the completion of that form leverages the Wrike API to trigger an automation process in Microsoft Power Automate. In this process, client information is saved, a new client folder is made, and deliverables and deadlines are assigned to the correct accountants, streamlining how the team handles high volumes of work. All team members must do is check their dashboards and complete their to-dos.

“Based on service level, the accounting team, and the assignee, there's a folder with all of the proper tasks and assignments laid out. The automation sequence just goes and pulls that the way we want it to. Before we had to manually create the folder and tasks from a blueprint,” LaPlante says. “The advantage now is that our people literally do nothing in Wrike to get those tasks created.”

Zendesk, a customer service software company, helps the Gheen & Co, CPA team with client communication. Using the Wrike API integration, the team found another way to use this already-in-place application to benefit the team’s task management. The two systems work to generate conversation between the internal Gheen & Co, CPA team and their clients. With Zendesk, job tickets are generated after a client communicates a new request. Those tickets then pop up as tasks in the Wrike dashboard of the assignee, who can view the original job information from that ticket, as communicated over a phone call or email, through its Zendesk link.

“It lets us quickly take work that somebody has emailed us about and create a task that we can set a due date for and not have to track all of our work in our email inboxes," LaPlante reveals.

Once projects are complete and task to-dos are checked off, Gheen & Co, CPA can accurately track how long the team has spent on a project with in-system time trackers. They developed a way to view the combined time spent on Zendesk and Wrike. Although the firm doesn’t tie billing to hours spent, this metric not only helps them see where time is spent but how much time is saved. This visibility motivates the team to work efficiently and prioritize the largest increments of time on highest-value client work.

The Gheen & Co, CPA team uses Wrike Spaces, which are customizable hubs with organized project information, to safely separate their clients, which is crucial given that they are managing sensitive information. The team uses Wrike to specifically create private Spaces, where only invited members can see the project information. Since the teams invite their clients into Wrike as external users, these clients can’t see the private information within the folders or in different Spaces unless invited. On top of Wrike’s trustworthy security measures, this additional element of privacy is key for a company providing financial services.

It comes as no surprise that the team at Gheen & Co, CPA experiences heavy workloads mid-October to mid-December, during tax planning and paying season. Before Wrike, Gheen & Co, CPA couldn’t efficiently plan for these busy months because they didn’t have the ability to track staff workloads. Now, with Wrike, the team is proactive in planning their time.

“Wrike took us from no visibility and educated guesswork to a clear picture of each staff person's workload and capacity during the busy season," LaPlante reports.

Throughout the year, the team tracks the amount of time each task takes in half-hour or greater increments in Wrike. To prepare for the busy quarter, the team looks back at these time logs to plan and forecast upcoming work. From there, the accountants can plan how to tackle their workload with ease, which includes incorporating a metric that tracks when accountants exceed their 40-hour per workweek limit. With help from Wrike, heavy workloads are distributed among team members, and tasks are completed efficiently.

“All of our staff accountants also do some bookkeeping. But what we were able to do was add a bookkeeper and move the bookkeeping over to create space for the staff accountants to do what only they can do, which is the tax planning piece. That’s how I anticipate using Wrike's resource management more," says Tuggle.

It took us from no visibility and educated guesswork to a clear picture of each staff person's workload and capacity during the busy season.
Cory LaPlante, Business Consultant and Financial Analyist

When the growing team faced growing workloads, Gheen & Co, CPA overcame its many challenges with smart programming, secure information management, and automated work allocation. Wrike’s easy-to-use and adaptable interface, paired with the team’s knack for creativity and innovation, continues to bring success to the firm. Tuggle says, “With Wrike we can really manage our internal processes and complete our deliverables to our clients as efficiently and effectively as possible.”